The 3-0 victory margin heralds the emergence of candidate Rahul 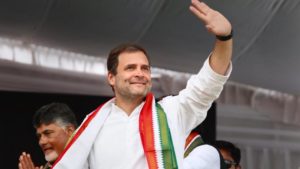 Narendra Modi remains the tallest national leader, but the results of the recent assembly elections show that Rahul Gandhi has done enough to at least be the face of the grouping that will take him on in 2019

For Congress President Rahul Gandhi, the December 11 results of five state elections mark the biggest victory of his political career. Apart from the outcome itself, the party’s performance increases the chances of an alliance coming together to take on the Bharatiya Janata Party (BJP) in the 2019 Lok Sabha elections even as it strengthens the Congress’ claim to lead this grouping.