A woman of Indian origin as the next US President? 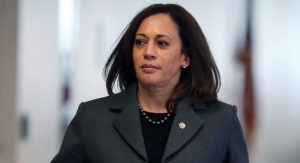 Can the “female Obama” go the distance?

Fifteen years ago, a young American lawyer had a MeToo moment, though not quite in the context of that term’s current hashtagged connotation. She cold called the organisation Indian-American Leadership Initiative or IALI, which had been formed just three years earlier to build national support within the community for candidates at all levels of American politics.