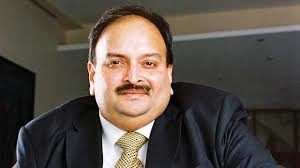 Central Bureau of Investigation spokesman Abhishek Dayal added that before asking Interpol to issue Red Notice against Mehul Choksi, the agency secured a non bailable arrest warrant against him as well.

The Central Bureau of Investigation (CBI) has managed to secure an Interpol Red Notice against fugitive diamond trader Mehul Choksi, in what is seen as a big boost to its efforts to bring him back to India to face trial in the Punjab National Bank (PNB) fraud.